When it comes to classic Aussie rock acts, none are more revered than legendary Melbourne ensemble SKYHOOKS. The glam rockers combined melodic guitar riffs and a pub rock sensibility with relatable lyrics addressing drugs, sex and everyday life in a changing Australia throughout the ‘70s. Throw-in flamboyant costumes and frontman Shirley Strachan’s captivating vocals and you have yourself a delectable cocktail of chart-topping singles from a band who did more in seven years than most rock acts achieve in a lifetime.

Skyhooks were an Australian rock band formed in Melbourne in March 1973 by mainstays Greg Macainsh on bass guitar and backing vocals, and Imants “Freddie” Strauks on drums. They were soon joined by Bob “Bongo” Starkie on guitar and backing vocals, and Red Symons on guitar, vocals and keyboards; Graeme “Shirley” Strachan became lead vocalist in March 1974.

Described as a glam rock band, because of flamboyant costumes and make-up, Skyhooks addressed issues including buying drugs in “Carlton (Lygon Street Limbo)”, sex and commitment in “Balwyn Calling”, the gay scene in “ToorakCowboy” and loss of girlfriends in “Somewhere in Sydney” by namechecking Australian locales. According to music historian, Ian McFarlane “[Skyhooks] made an enormous impact on Australian social life”.

Symons left Skyhooks in 1977 and became a radio and television personality; he was replaced by Bob Spencer. Strachan left the band in 1978 to become a radio and television presenter. He was replaced by Tony Williams. With altered line-ups, Skyhooks continued until 8 June 1980; the Strauks-Symons-Macainsh-Starkie-Strachan line-up reconvened four times thereafter, in 1983, 1984, 1990 and 1994. In 1992, the group was inducted into the Australian Recording Industry Association (ARIA) Hall of Fame. Strachan died on 29 August 2001, aged 49, in a helicopter crash while solo piloting. Original lead singer Steve Hill died in October 2005, aged 52, from liver cancer. Original guitarist, Peter Starkie died in mid-September 2020, aged 72, of complications resulting from a fall.

In 2011, the Skyhooks album Living in the 70’s was added to the National Film and Sound Archive of Australia’s Sounds of Australia registry. 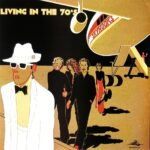 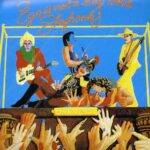 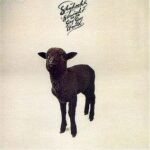 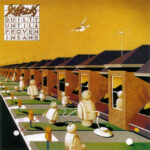 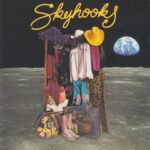 Skyhooks – All My Friends are Getting Married

Skyhooks – Ego is Not a Dirty Word